And this guide mainly explains the disassembly procedure through pictures.

I’ve marked every steps in detail.

Make sure you’ve cut of the power supply and turn off the laptop before you start.

And classify all the screws in different size to ensure no mistake.

Different size of screws are marked in different color.

Remove all the screws on the bottom cover, and then remove C cover as the direction shows.

Be careful with the ribbon wires. 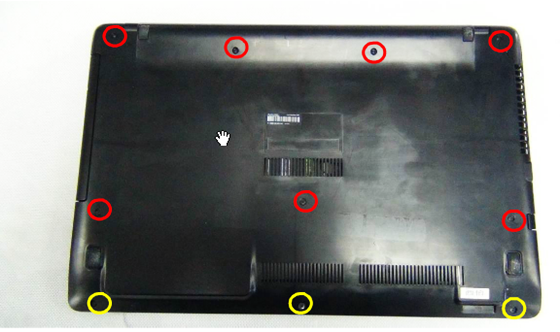 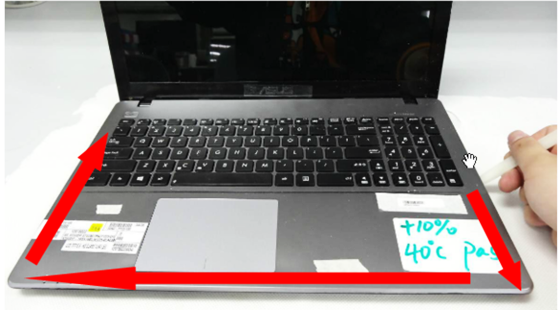 Remove the ribbon wires as the picture shows. 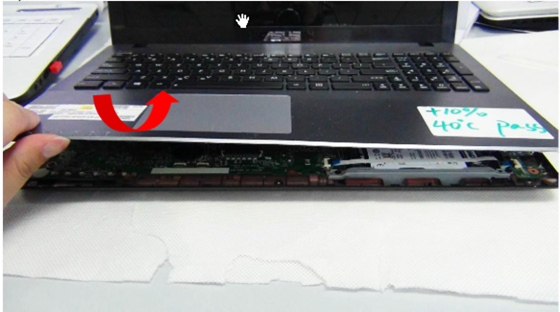 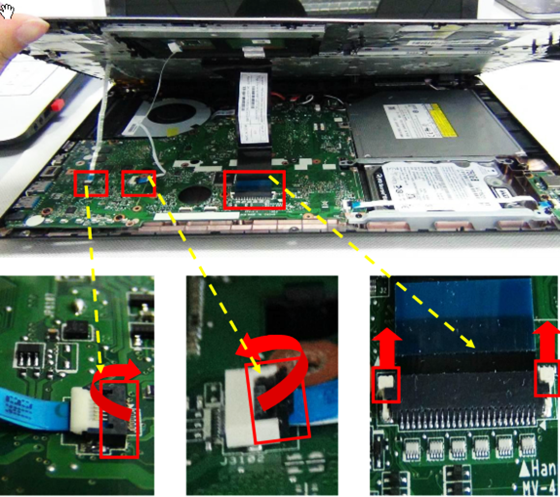 Now we can access the motherboard. All marked screws need to be removed. 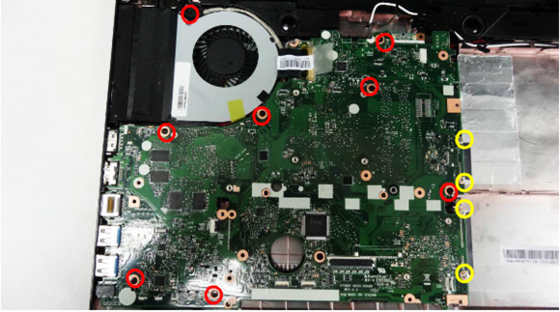 Above picture was shot after I’ve removed all the small parts.

We need to remove battery, hard drive, and optical drive and memory chips.

Also, remove those cables below. 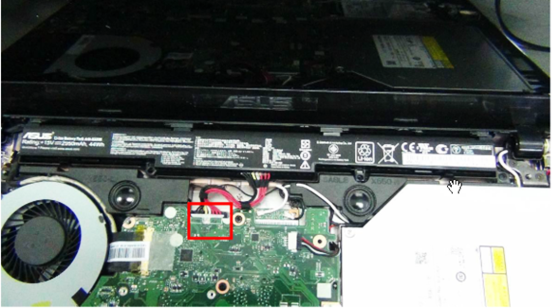 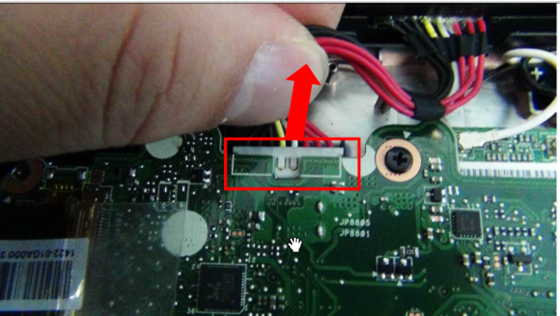 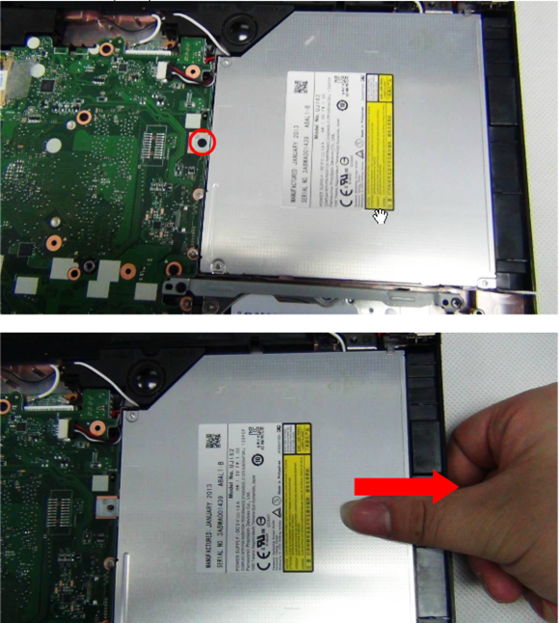 Remove the I/O card cable on the hard drive. 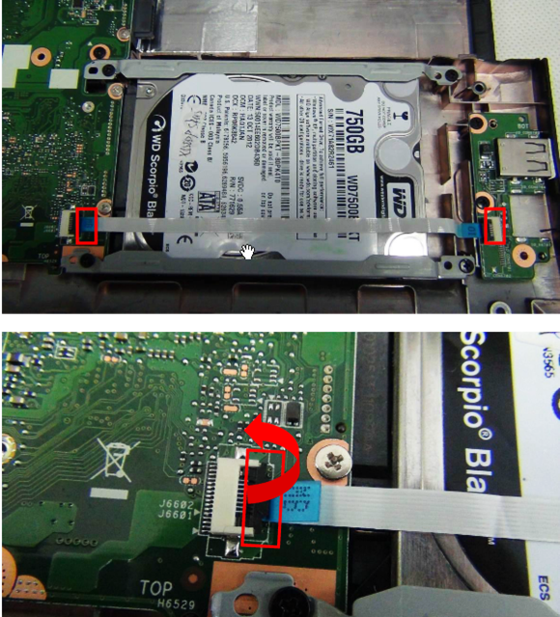 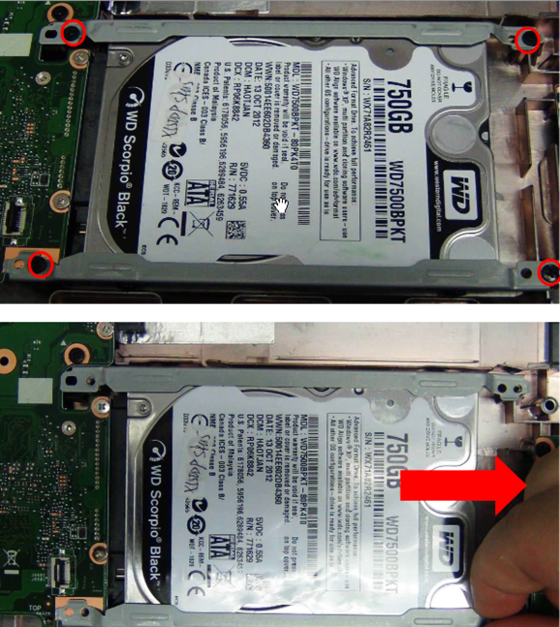 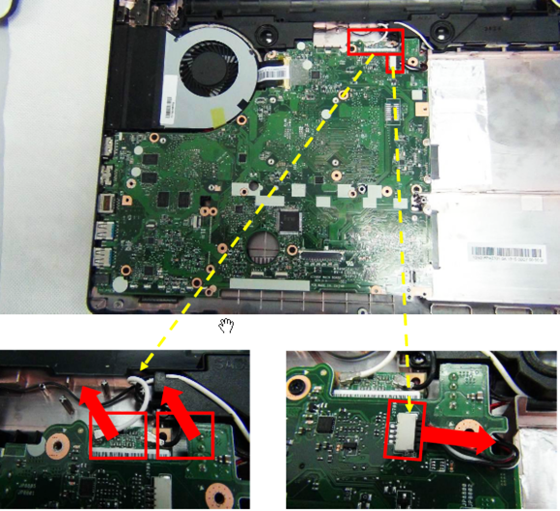 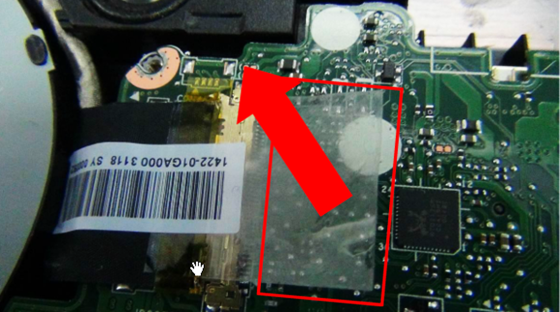 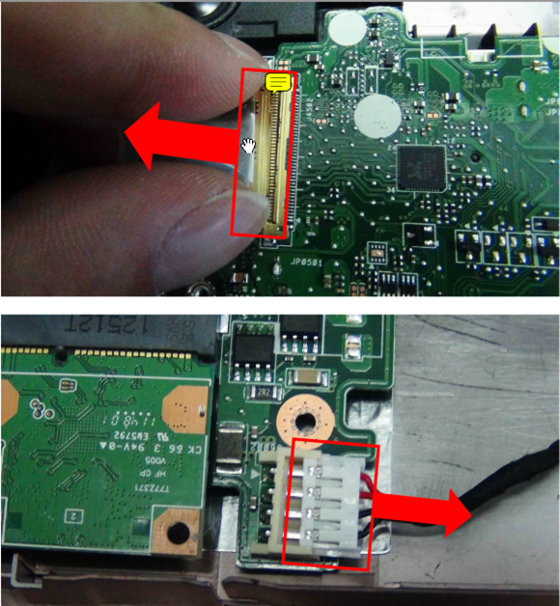 Now we can remove the motherboard 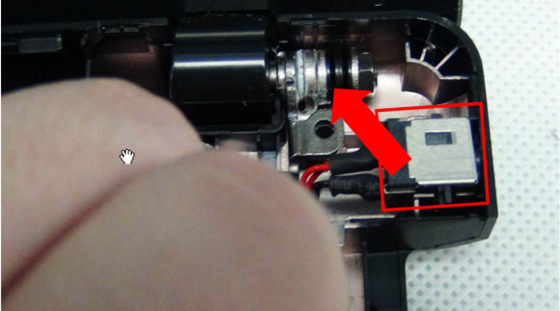 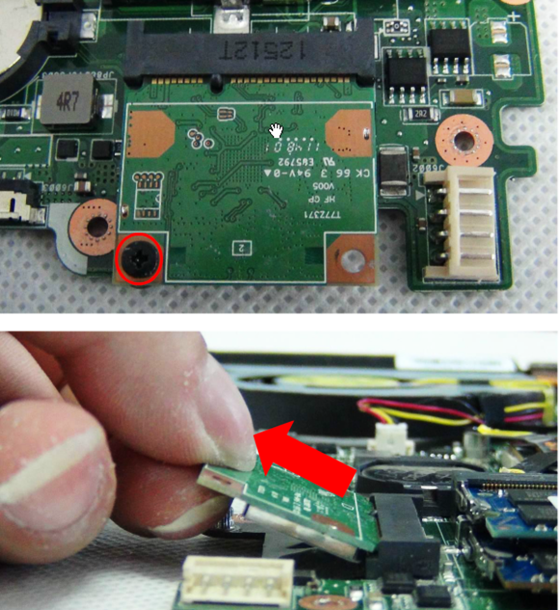 Remove all the marked screws and take out the fan.

The fan cable connecting to the motherboard needs to be removed too. 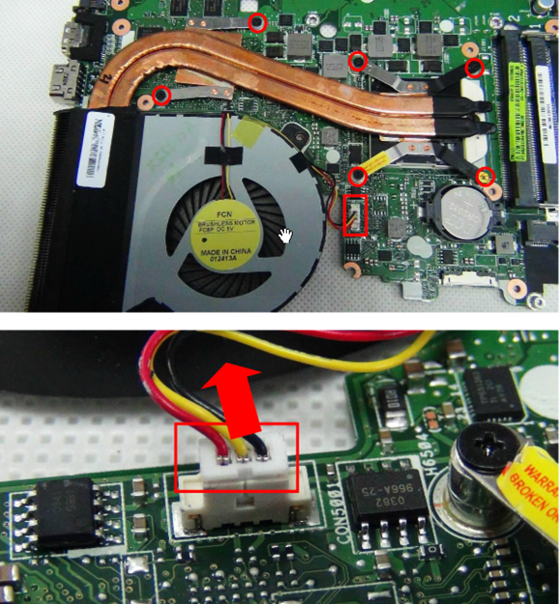 Afterwards, we can remove CPU.

Turn the non-removable screw here about 180 degrees counter-clockwise to loosen the CPU. Squeeze the vacuum handling pump on the CPU and use it to lift CPU away. 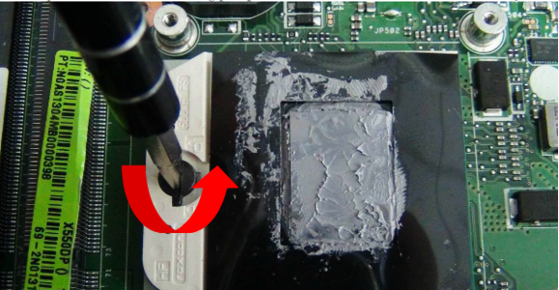 Remove the screws on the lower left and lower right of the screen. 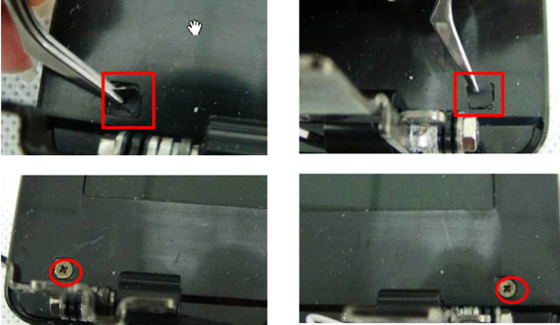 Then remove B cover as the picture shows. 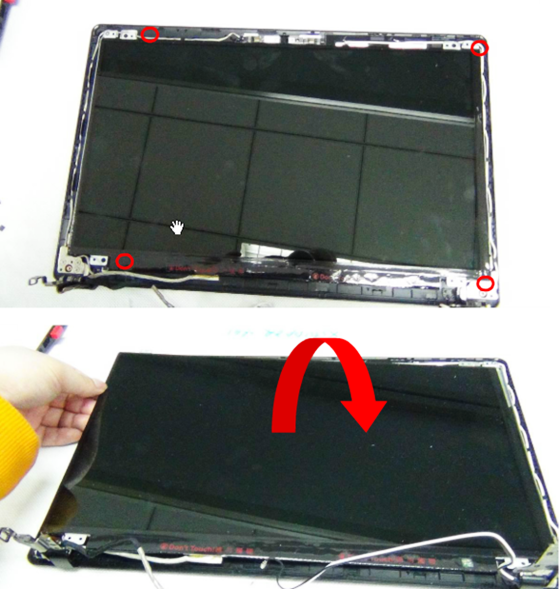 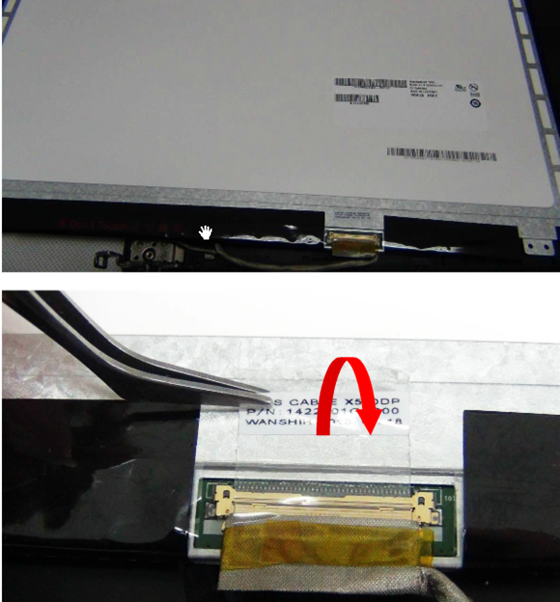