In this guide, I’ll disassemble an Asus N550.

Make sure the laptop is turned off and remember to put all the screws in order.

Unlock the battery and push on the release latch. 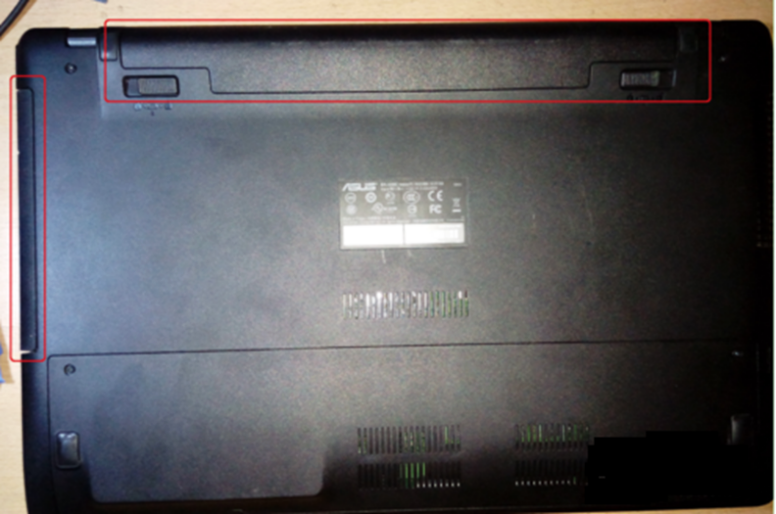 Slide the cover to the shown direction and remove it. 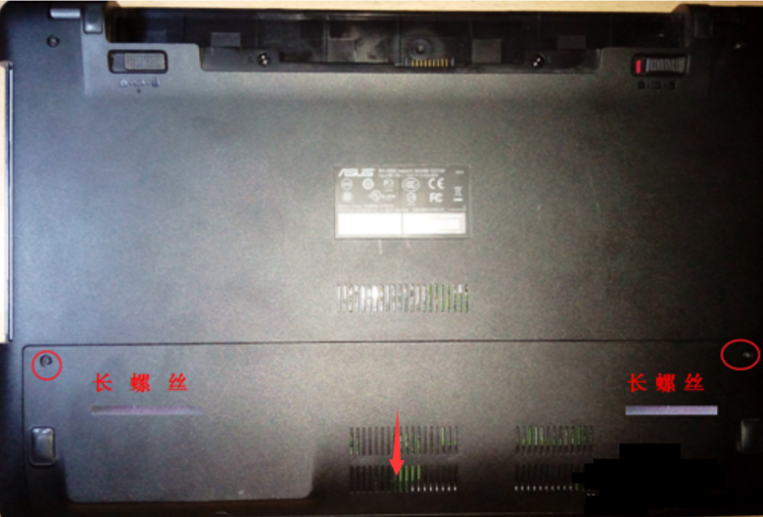 Slide the hard drive to the assembly to the left to disconnect it from the motherboard.

Remove the hard drive. And then remove other nine screws marked with blue circles. 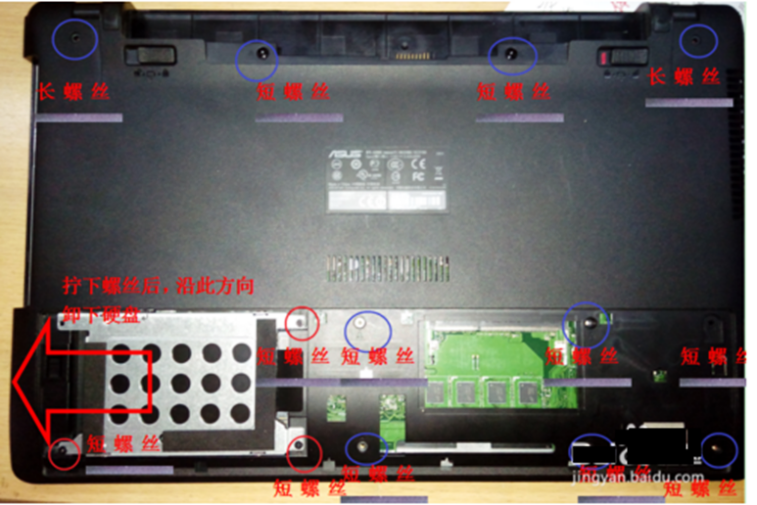 Turn the laptop over to the front, insert a sharp object and spin it around.

And then pry up C side along the edges. 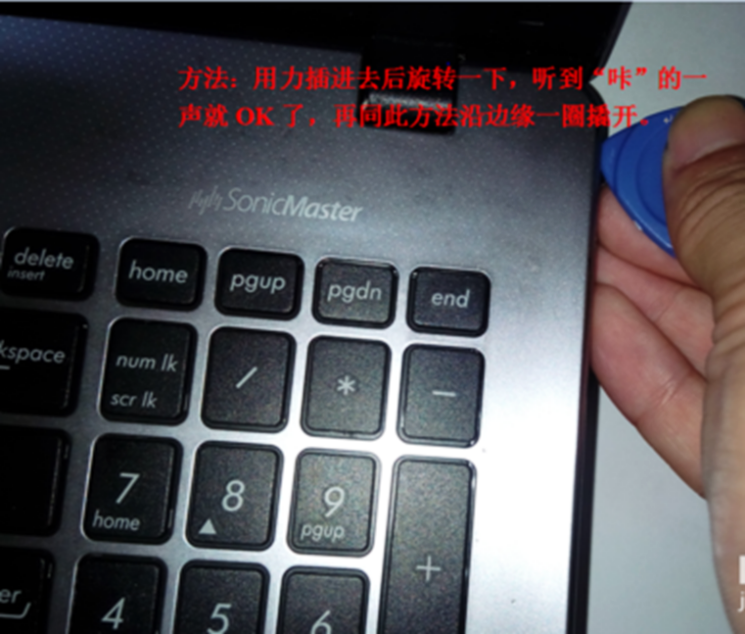 You need to lift up the right side of the retainer clip with your fingernail.

After that pull the cable from the connector.

Then remove the keyboard. 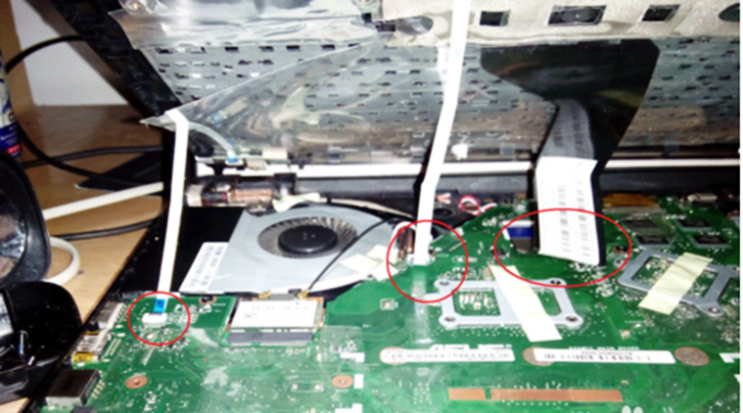 Remove the screw and slide to the right to remove the optical drive. 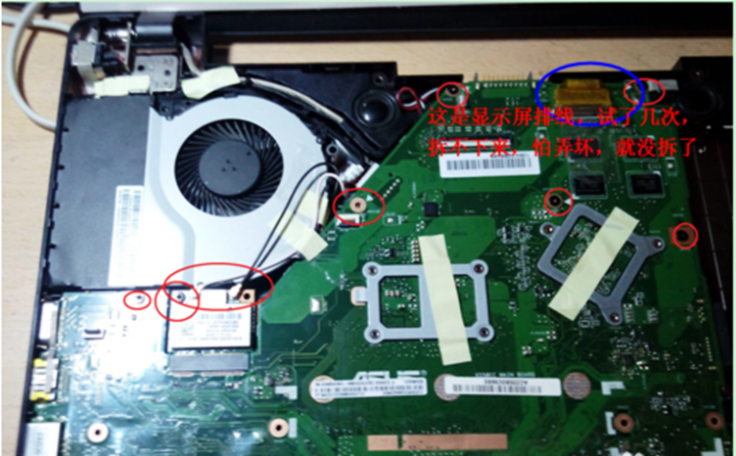 Do not pull by the wires. Unplug it by the connector edges. 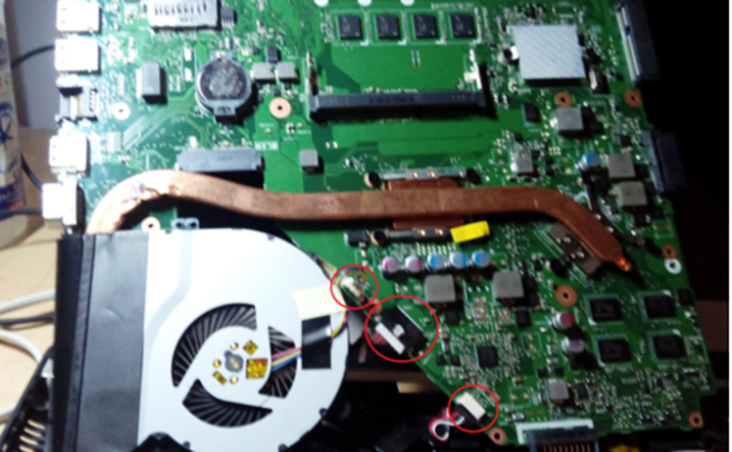 Then remove the fan. 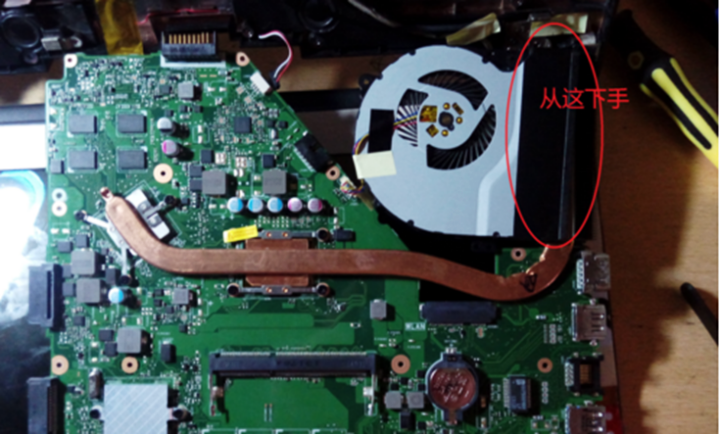