In this post, I’ll disassemble a Lenovo TP X300.

Read the whole procedure completely before you start.

We usually start the disassembly of a laptop from the bottom cover. That’s because there fixed the most screws securing the body and the cover.
Before we start, wash hands and touch pipes to release static electricity. Remove the battery, take out the hard drive cover and the memory cover, and unload the hard drive. As for memory chips, if you want to replace it, you can unload it too. 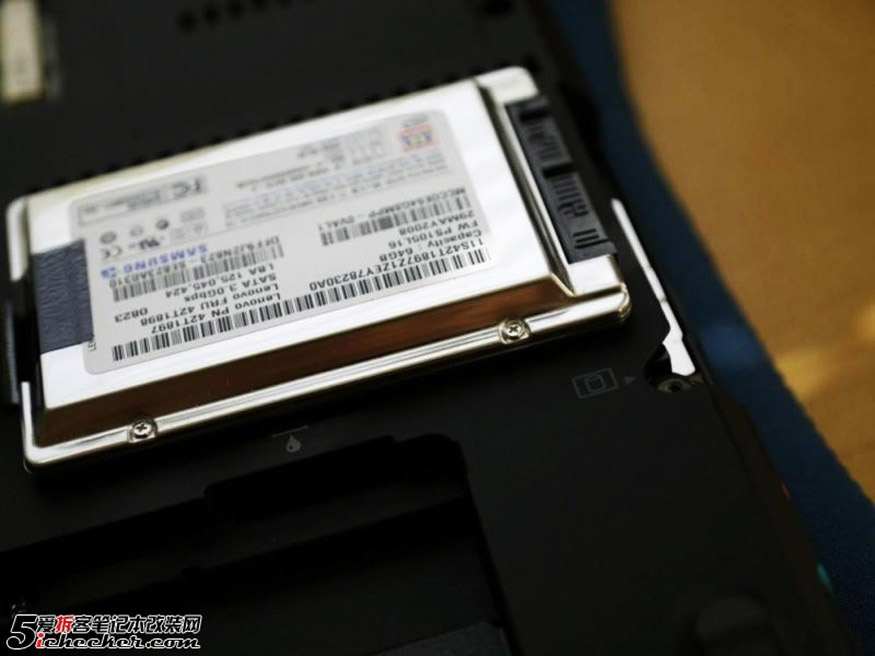 Remove the screws securing the optical drive, unload it. 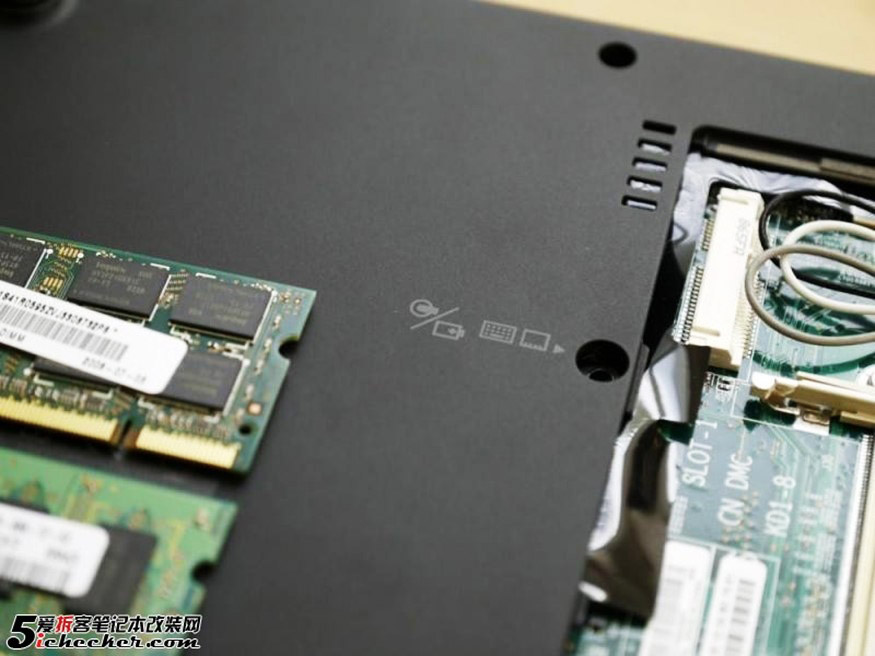 Then place the removed components in order. 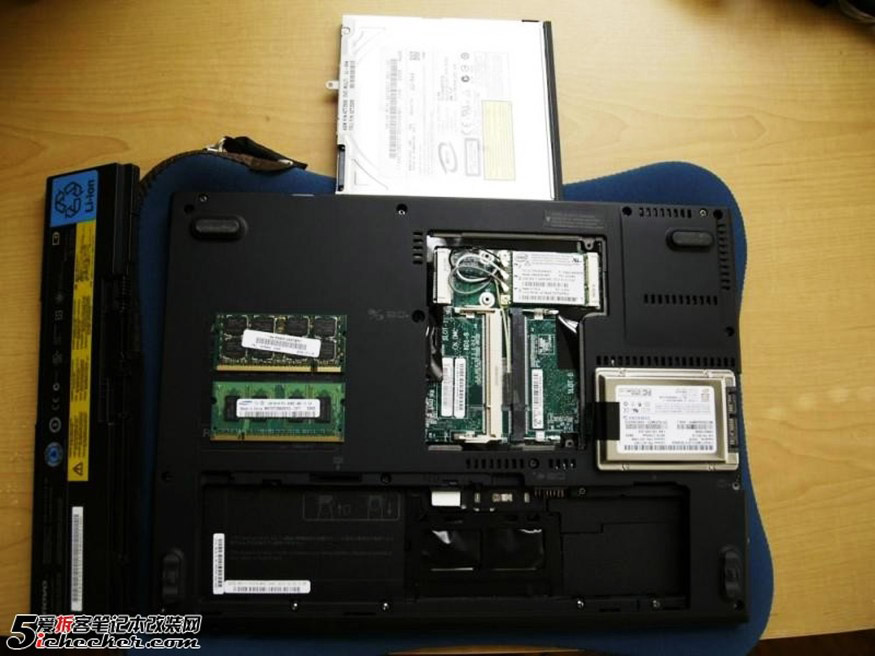 Now we can start to remove all the screws we can see on the bottom cover and place them in classification according to their size, remember their positions. 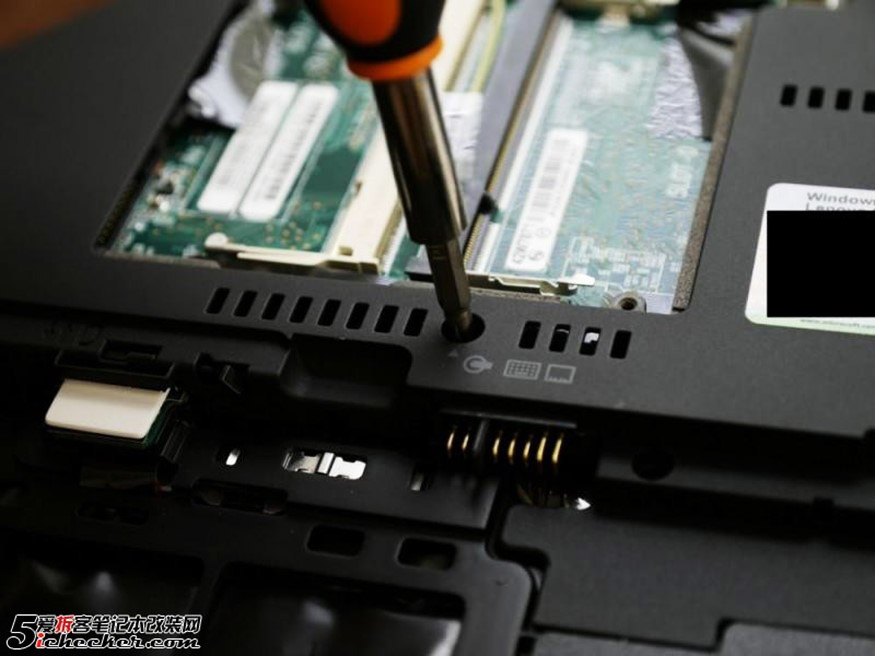 Those square holes are keyboard leaking hole. If water accidently pour on the laptop, they can flow through those holes to avoid the short circuits of internal components. 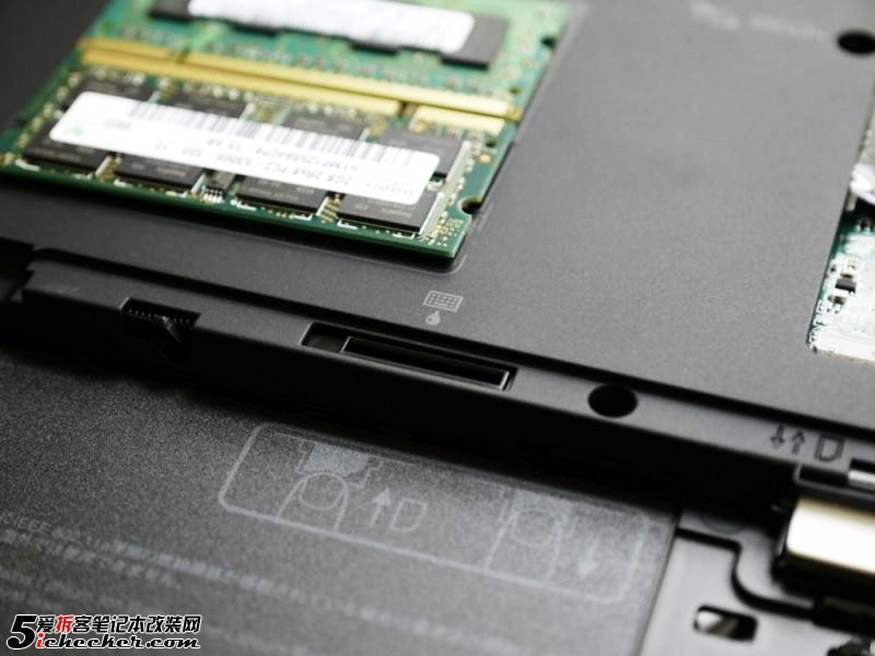 Pay attention to the upper left corner of the battery slot, somewhere nears the SIM slot. There’s a screw behind the explanation of SIM card insertion method.

Unscrew it, or else the wrist rest cannot be removed. 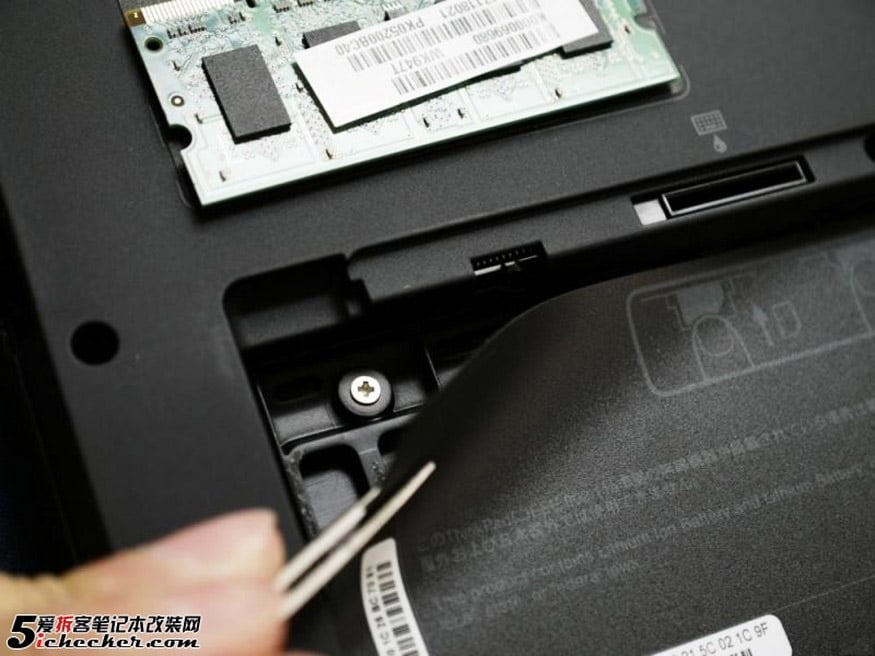 Unplug the cable installed at the Wi-Fi network card, be careful with the number marked the cable, so you can identify when reinstall. 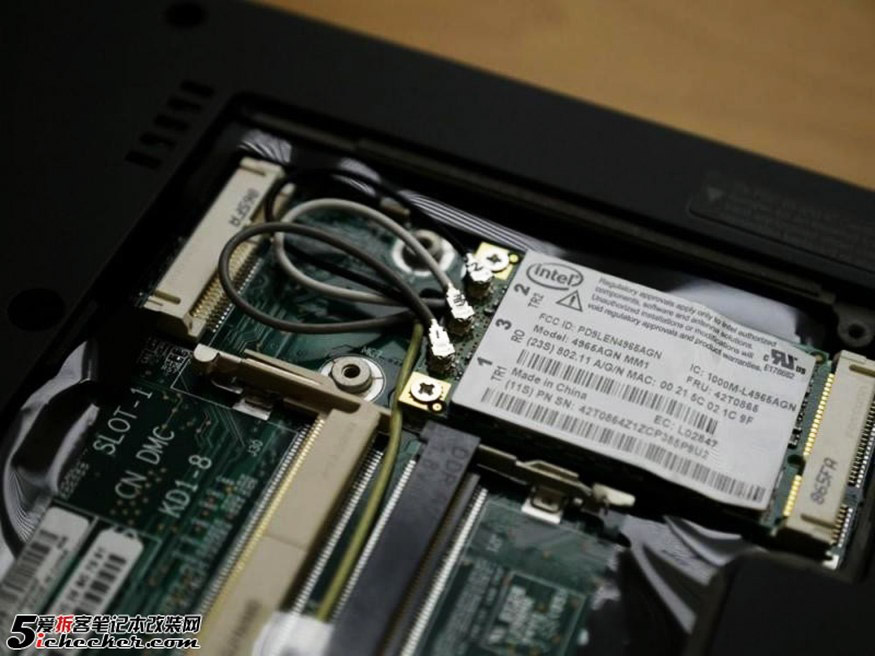 Step 2 Disassemble the keyboard and the wrist rest side

Then we lift up the keyboard. 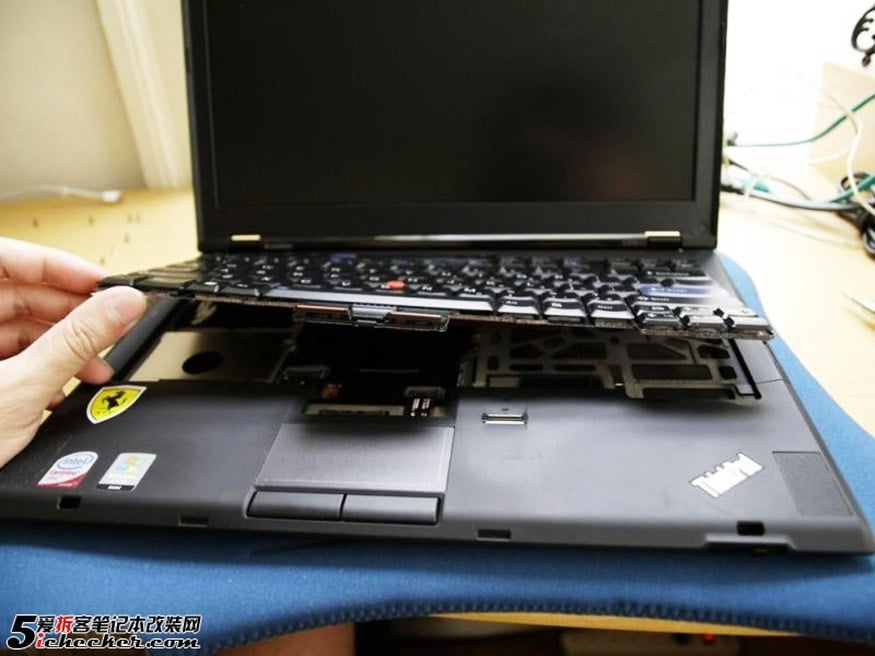 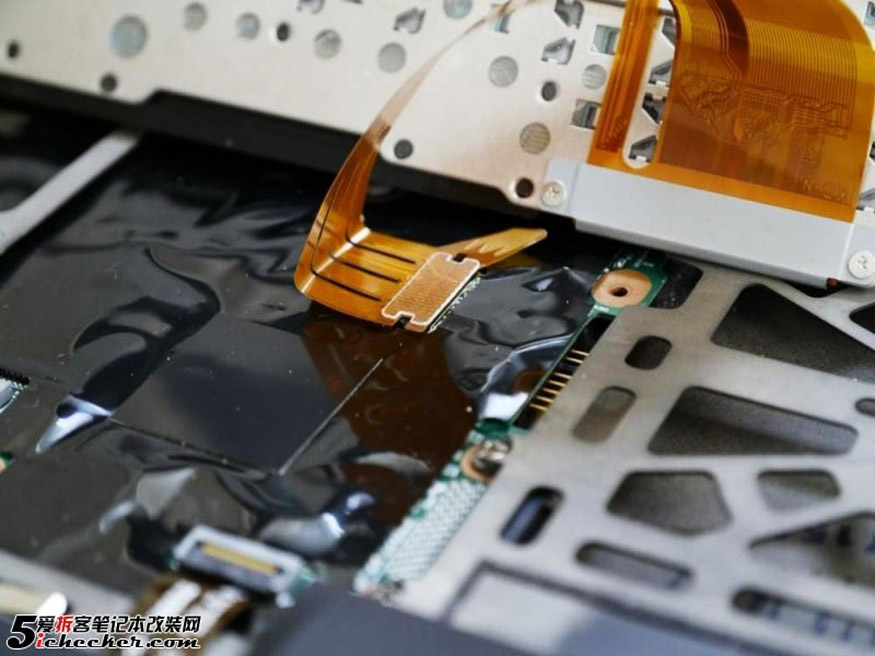 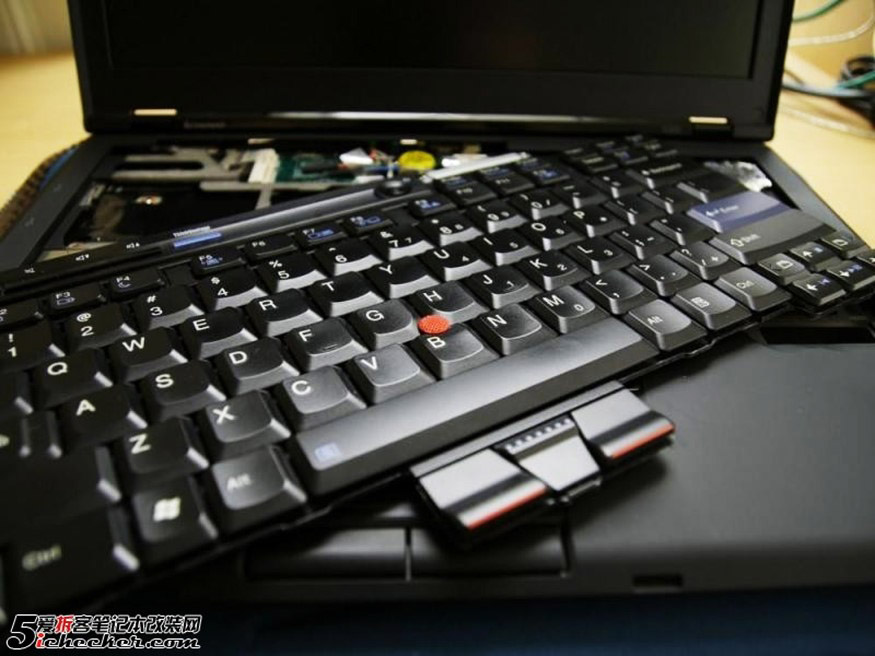 Then unplug the touchpad cable on the back of the wrist rest. 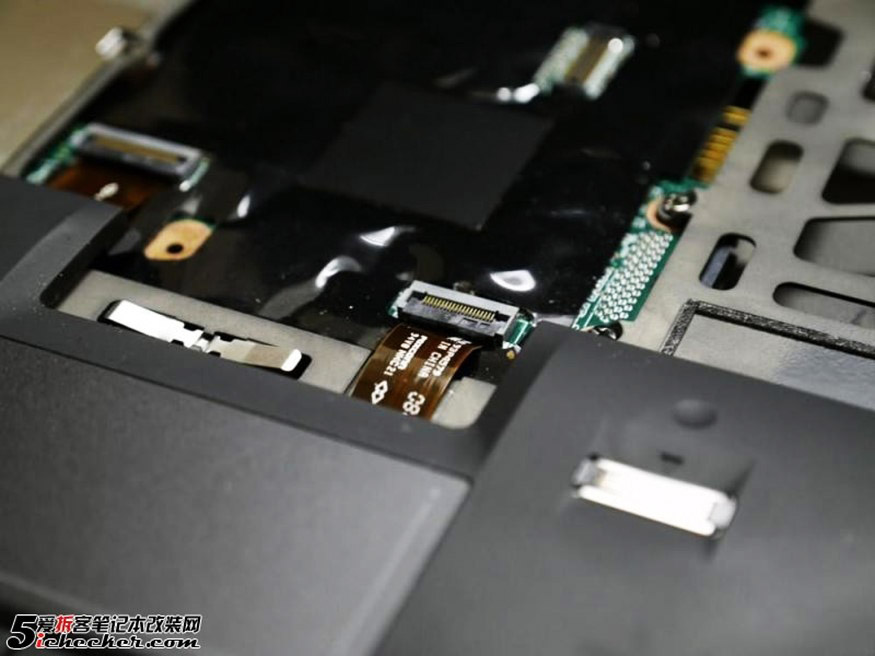 Now we can lift it up. 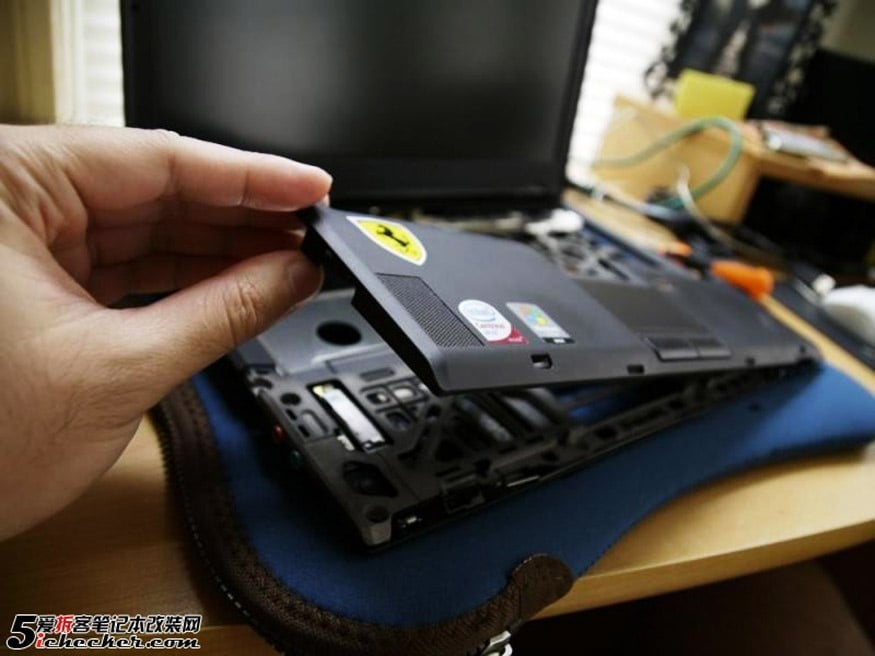 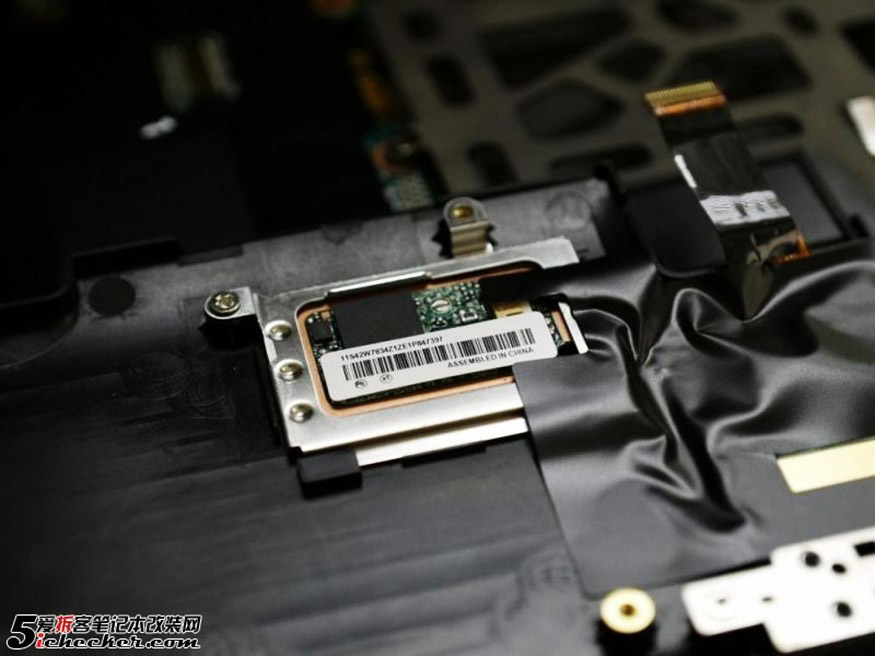 
The metal roll cage of TP X300 is one of the most special structure, which can steady the wrist rest and the keyboard, meanwhile well protect the internal motherboard and components. 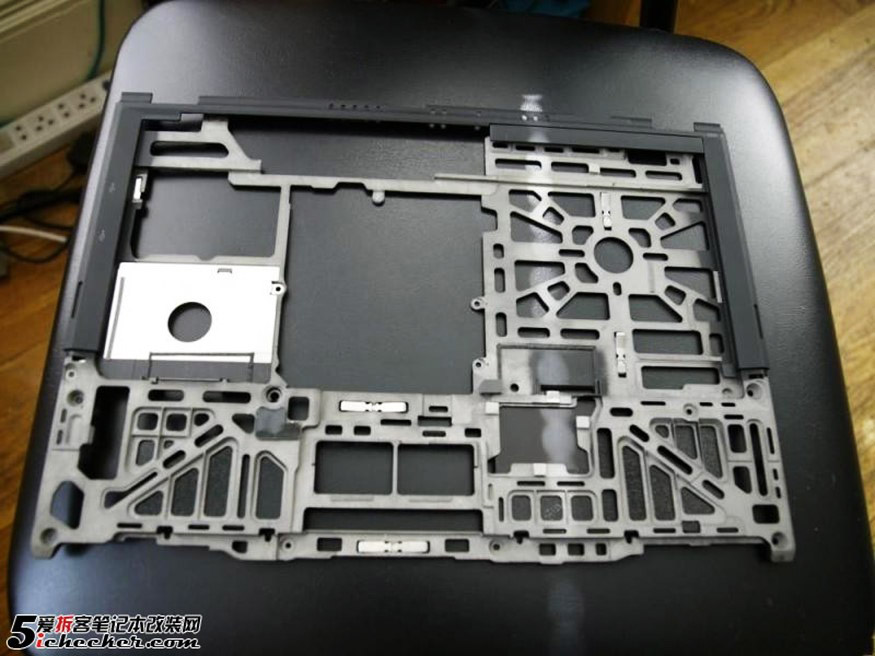 First unplug the cable on the center of the motherboard which is near the screen. 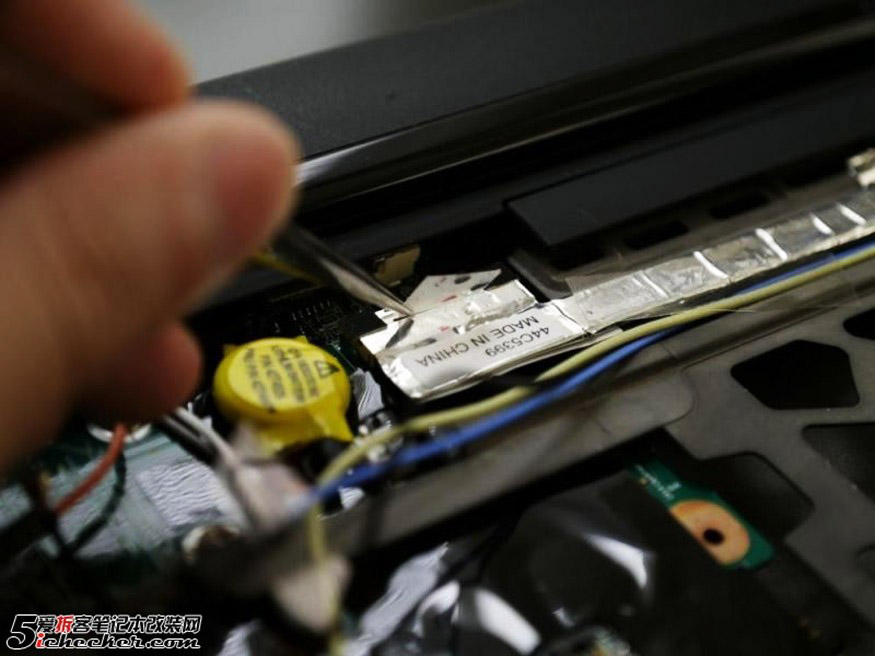 Then remove 3 screws fixed the cage on the motherboard.

Mark the position of the screws on the cage to avoid confusion when reinstall. 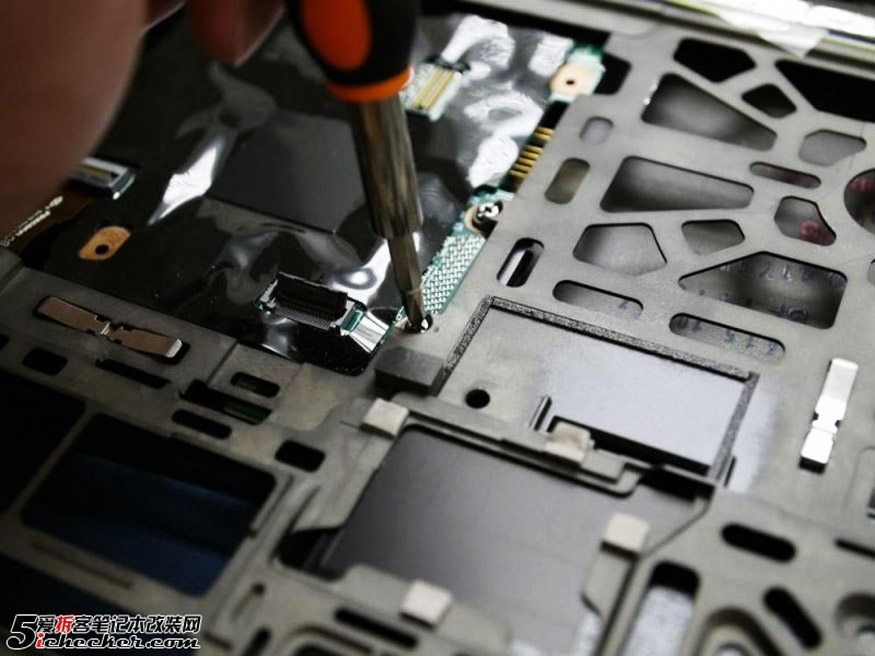 Loosen the Wi-Fi cable and data cable, make it cross the cage hole and then we can remove the cage. 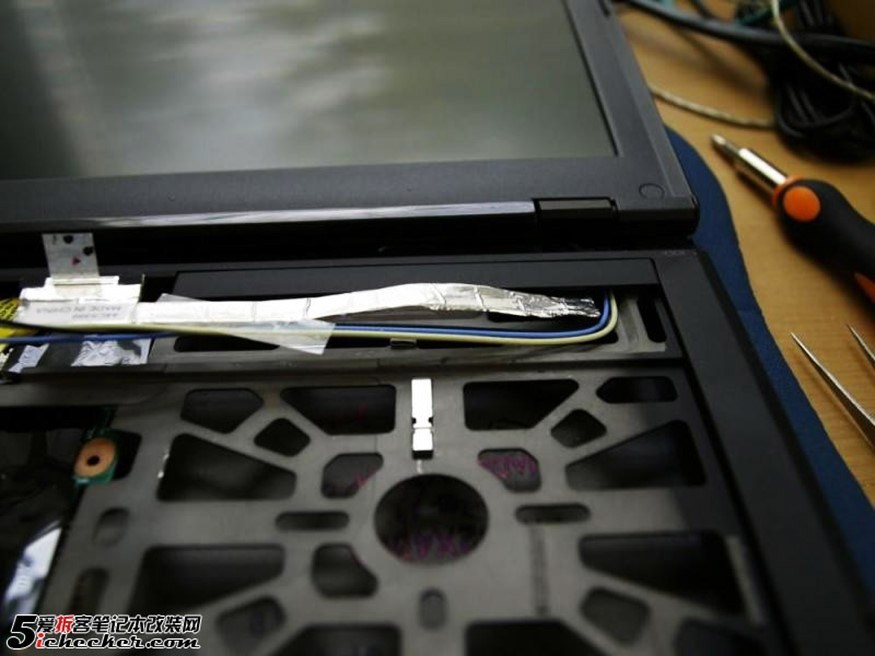 Remove the data interface near the fan. 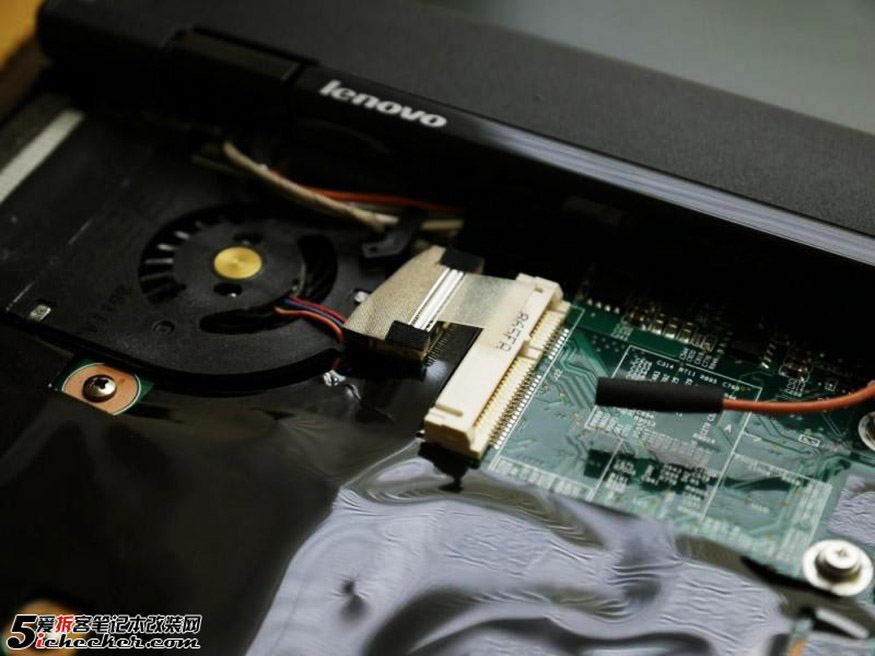 And unplug the cable fixed on the motherboard. 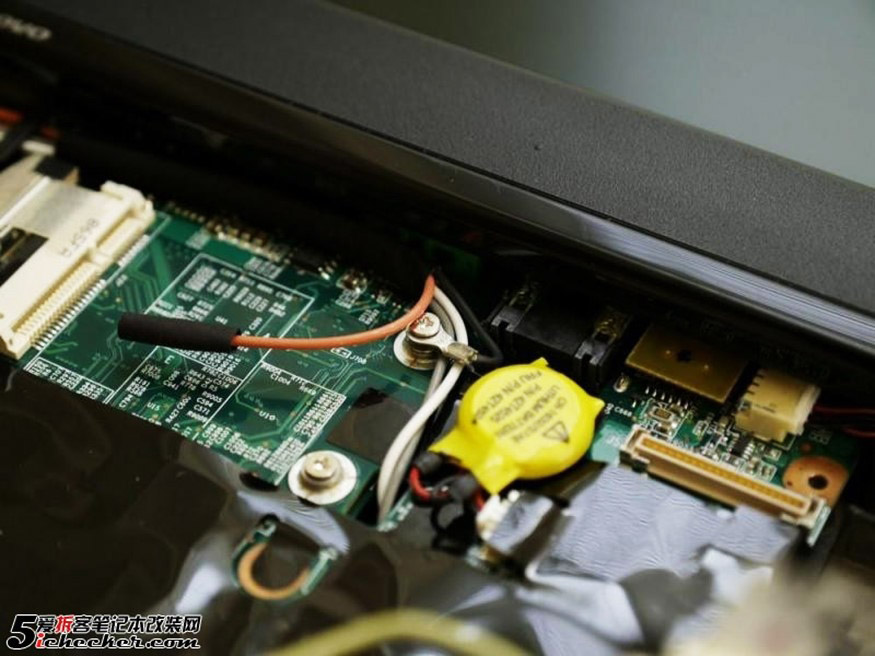 Unplug the power cable on the upper right and the data cable connecting I/O board on the right side of the motherboard. 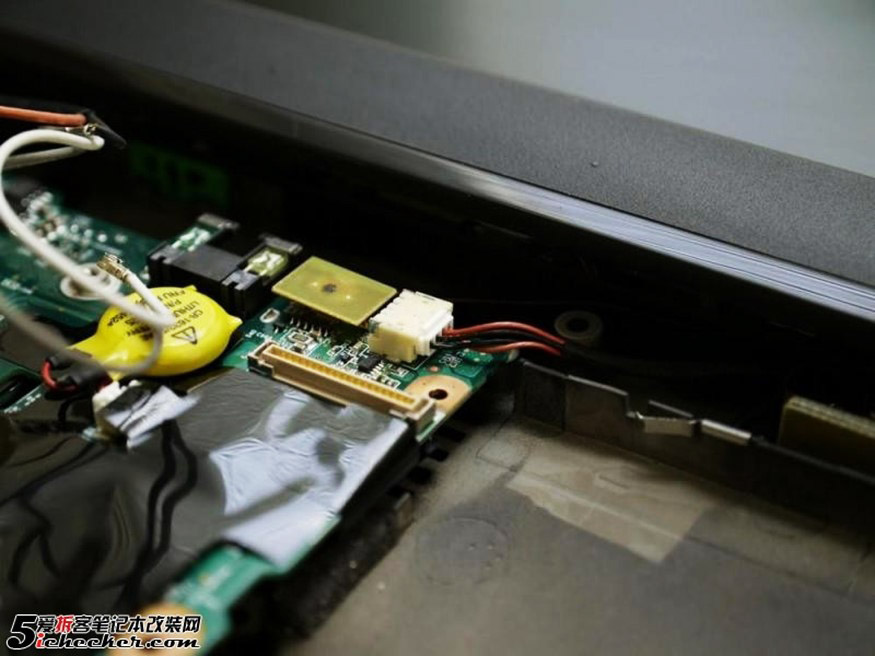 Then remove 2 screws securing the motherboard. Mark them too.

We can easily unload the motherboard. 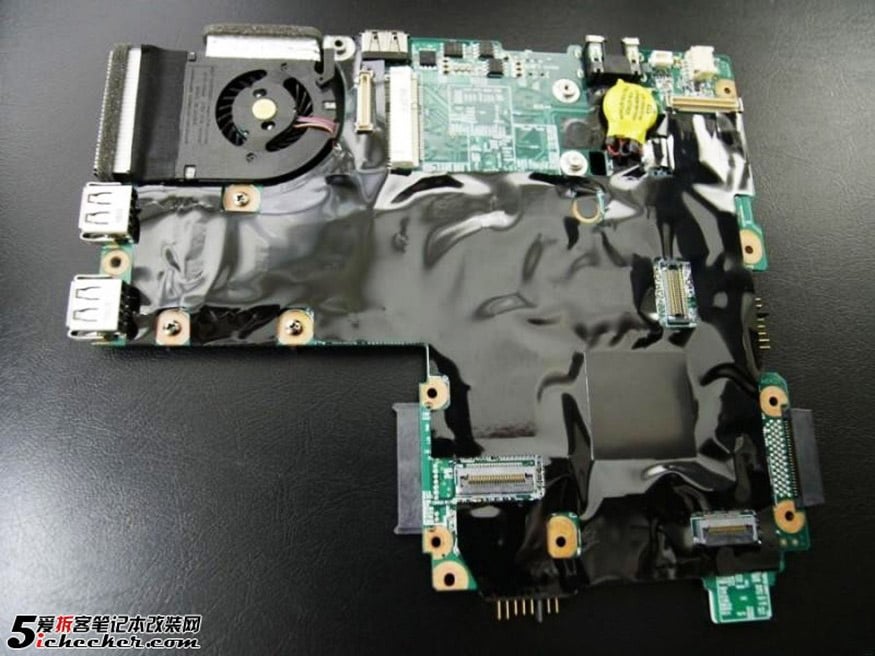 Hard drive: Samsung 1.8-inch SSD, can be replaced by the same size SSD. 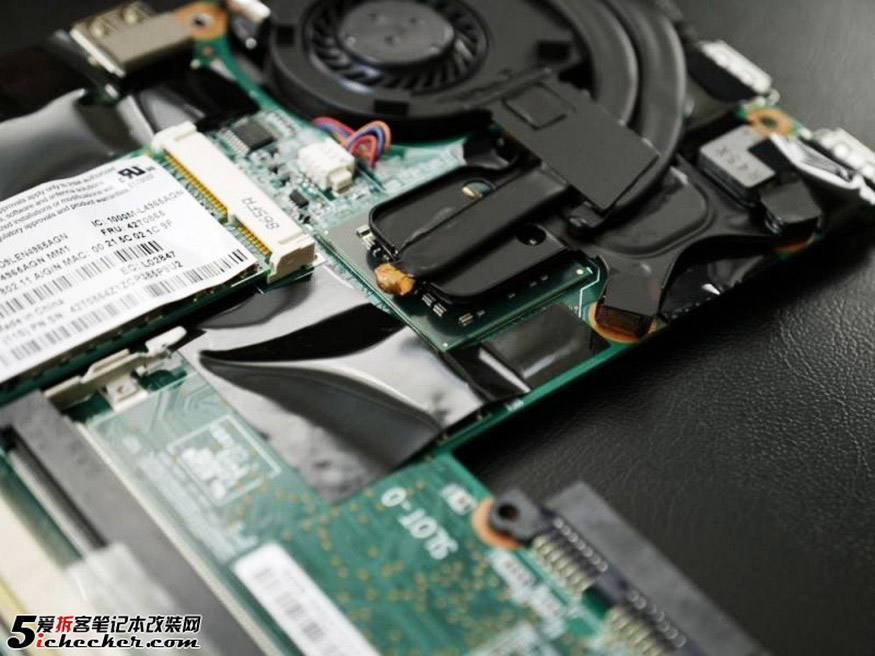 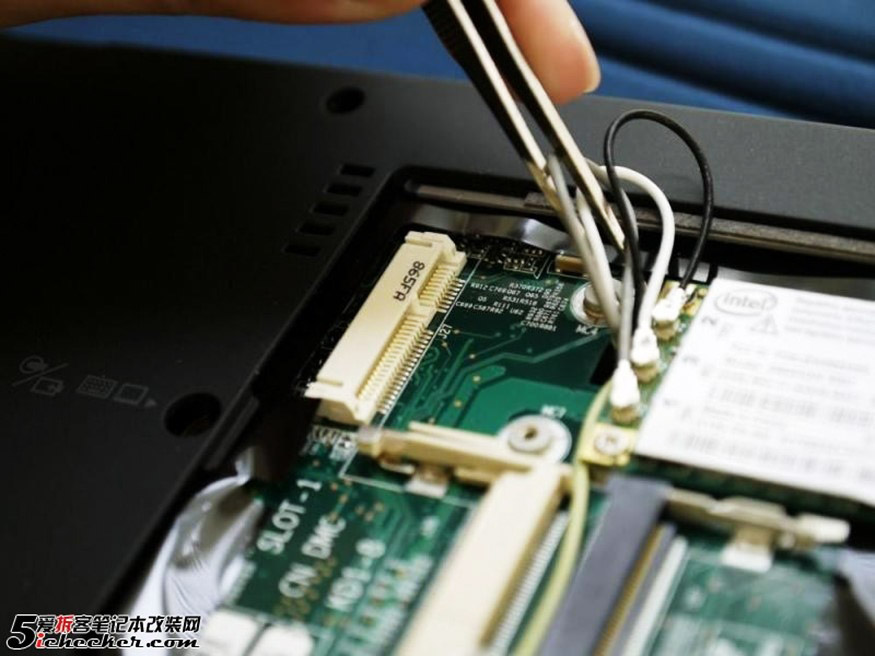 And the other is on the back, near the fan, can upgrade WWAN card and Turbo memory. 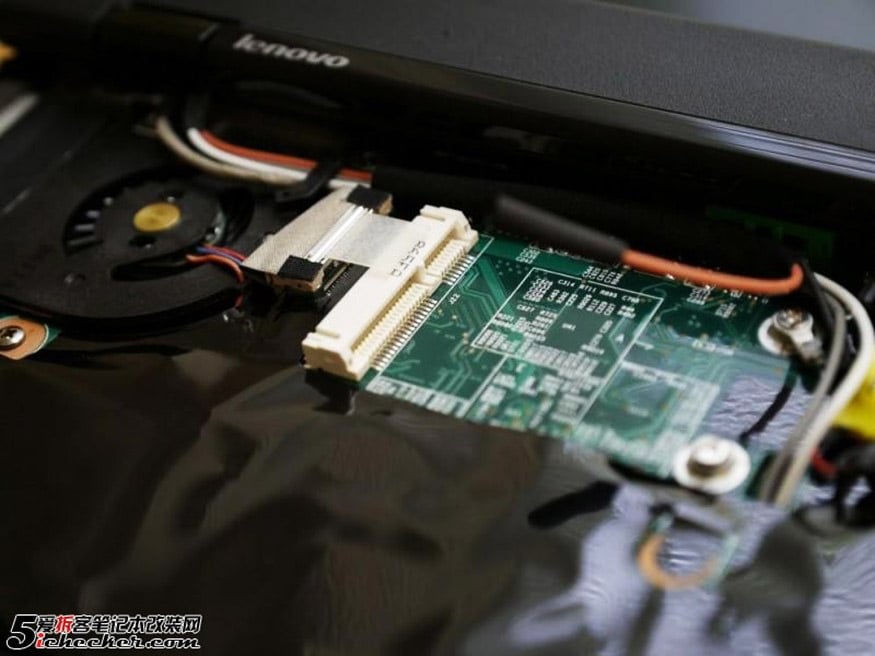 The disassembly of ThinkPad X300 is relatively troublesome because of the metal roll cage structure. But it’s still very durable as its appearance.

The integration of X300 motherboard is pretty high. Intel custom CPU and control chips ensure the miniaturization of the motherboard. Even though, proper expansibility remains.